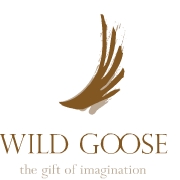 Kinsale-based gift company Wild Goose Studio has been voted Best Craft Company of 2012 by US retailers.

The prestigious award from the North American Celtic Trade Association was made by the Lord Mayor of Dublin Naoise Ó Muirí last week at a special event during Ireland’s premier trade fair, Showcase.
The award, which is voted by over 200 Irish-American retailers in the USA & Canada, is made in recognition of ‘Superior Product Development & Customer Service to the North American Market’.
Managing Director Jamie McCarthy-Fisher said: “We are delighted with this award, particularly as it comes from our customers. It is great recognition for all the hard work everyone puts in here at the Studio.”
The Wild Goose Studio has been making gifts in Kinsale since 1970 & has been active in North America since 1980. This year the company will appear on the US shopping channel, QVC with a specially-designed piece for St Patrick’s Day.
At the award ceremony, the Lord Mayor, who was wearing his solid gold chain of office which dates from 1698, acknowledged the importance of the North American market to Irish companies & hoped it would continue to grow in the coming years. 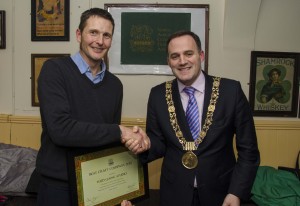