By Darren Burke on February 12, 2015 in Historical Kinsale, Historical Sites

An Irish chieftain’s stone chair bearing the legend ‘Briseadh Ceann tSaile’ ‘The Battle of Kinsale’ stands at Millwater crossroads, once a strategic ford crossing at a mill complex on the road to Bandon about two miles from Kinsale.

Here on 3rd January 1602 an invading Elizabethan army under the Lord Deputy Charles Blount, Lord Mountjoy, overran a native Irish force led by their chieftains Red Hugh O’Donnell and the legendary Hugh O’Neill, defending their country in the first stirrings of Irish nationhood. After the battle, twelve hundred soldiers lay dead or dying in the nearby stream of Ballinamona where the millers at Millwater, seeing their mill wheel being driven by blood, renamed the ford ‘Ath an Mharaithe’ the Ford of the Battle Slaughter.

In defeat Ireland became the first colony of the British Empire, Millwater was written out of history books, its name change to Milewater.

On the 400th anniversary of the Battle, the Kinsale and Cork Councils erected an Irish Chieftains chair at the Millwater. Executed by the well-known sculptor Ken Thompson, it is composed of stones brought from the four Provinces of Ireland to acknowledge the participation of those who joined the chieftains at Kinsale in 1602.

The empty chair is a symbol of loss, at Millwater it stands where Ireland lost its sovereignty and destiny and its heroes, the rule of its chieftains and the treasures of its ageless Gaelic civilisation.
It stands too for all the empty chairs in Irish homes as a result of famine and emigration in the years of the Empire. It stands for the Diaspora.

It also stands for the Irish Sovereignty and destiny regained at the spot where it was lost so long ago, where time has turned defeat into victory and despair into hope.

The empty chair is a metaphor for welcome and hospitality to all, an open invitation to rest where the millstream still flows by a grove of sacred trees and the stones of Irish Chieftains stand guard over ancestral bones. All declare that it is an inaugural site where change takes place, a mystical place of old memories and new beginnings.

So come, be seated upon the Chair of Irish Chieftains and supported by the invisible heroes gathered around you, take command of your destiny, reflect upon times past, anticipate or celebrate your own new beginnings, and see what happens! 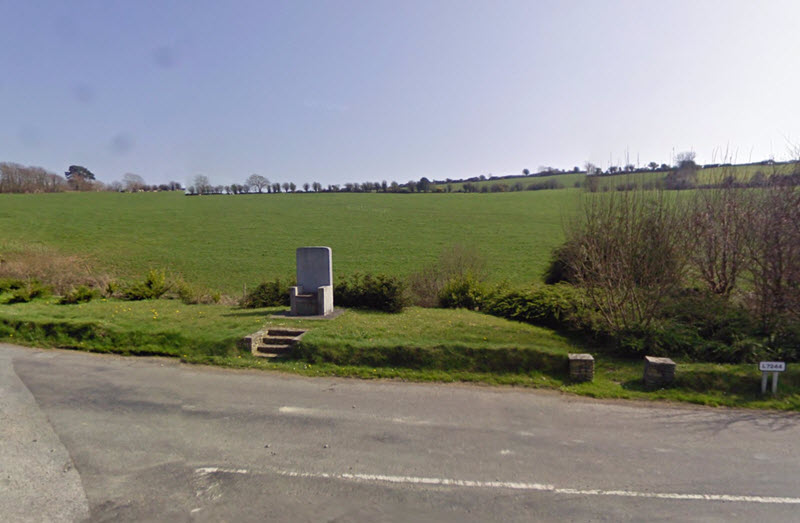