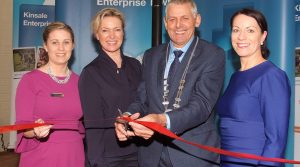 “This is great news for Kinsale and a testament to all our members and local businesses who worked closely with Maeve Dynan and her team in Bank of Ireland Kinsale to produce an excellent showcase at the Bank of Ireland Enterprise Towns weekend at Sáile Sports Centre in April,” said Ciarán Fitzgerald, Chairman of Kinsale Chamber of Tourism & Business.

“We are working together as a community on our presentation for the judges’ visit in September and plan to showcase Kinsale as a fantastic community in which to live and do business,” he added. 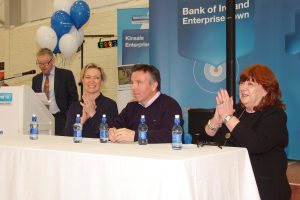 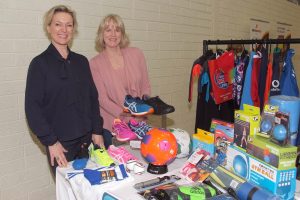 In Cork, Kinsale, Ballyvolane and Mitchelstown are competing in various categories that will include regional runner-up, regional winner, city award, merit awards, national category winners and the overall national winner. With a total prize fund of €110,000, over 30 cash prizes will be awarded to various winners. The overall winning town, city village or urban area will be awarded total prize money of €23,000, a trophy and the prestigious title of Bank of Ireland’s National Enterprising Town 2017.

The judging panel will visit Kinsale in September, with the winners announced at an awards ceremony in November. The judges will consider a range of factors which demonstrate enterprising spirit and success including:

Attractiveness of the town – welcome signage, appearance, parking and accessibility;

Partnerships and reaching out – collaboration with local councils and agencies, joint initiatives between businesses, diaspora engagement and twinning;

Awards or recognitions that the town or city village/area has achieved.

Bank of Ireland acknowledges the huge level of support from Local Authorities all over Ireland for this very important competition. By entering the National Enterprising Town Awards Competition, each town/city village/urban area has an opportunity to focus on the strengths of their town and to present their town in the best possible light with a common voice.

Eilis Mannion, Bank of Ireland, Head of Cork County said; “As Ireland’s Enterprise Bank, we recognise that SME’s, start-ups and community organisations are a significant driver of the overall prosperity of the city or county. Local business owners and community groups want to see their town doing well, and there is nothing like a bit of healthy competition to motivate people to put their best foot forward.”

Sean Byerley, Bank of Ireland, Head of Cork City said; “We want to recognise and reward those places where small businesses and community groups are working together with their local council and state agencies to promote enterprise in their area.” 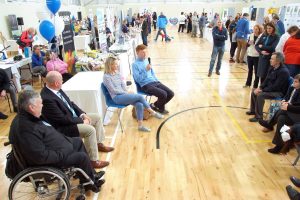 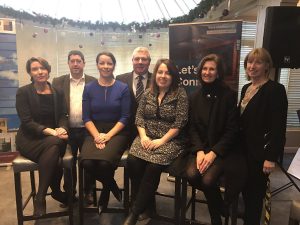 The guest speakers and panel for the Fitzgerald & Partners/Bank Of Ireland ‘Innovation for Entrepreneurs’ event at The Blue Haven, Kinsale