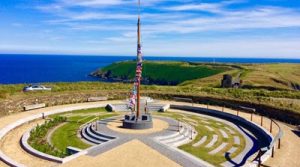 By Darren Burke on March 4, 2019 in Historical Kinsale, Museums & Forts, Things to Do

A memorial garden complete with a 20-metre long bronze sculpture honours the victims of one of the worst maritime disasters off the Irish coast.

RMS Lusitania sank off the Cork coast after being torpedoed by the German submarine U-20 on May 7, 1915, with the loss of 1,198 lives.

The sinking, which was instrumental in bringing the United States into World War I, was witnessed by horrified onlookers from the Old Head.

Despite a huge rescue effort from Cork, Kinsale, Cobh and Courtmacsherry, only 764 of the 1,962 passengers and crew were saved. Of the 764 saved, three died from their injuries within days.

The 20-metre long bronze sculpture entitled ‘The Wave’, by artists Liam Lavery and Eithne Ring, explains the tragic story of the great liner on its final journey from New York to Ireland where it was torpedoed just hours from the safety of Cork harbour. 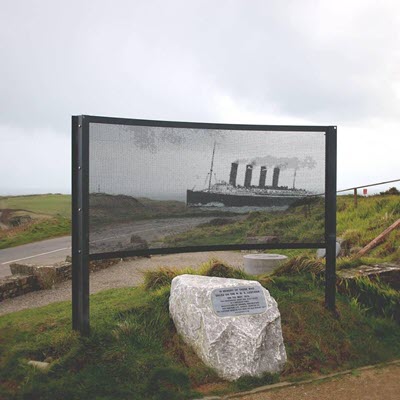 The Old Head of Kinsale Lighthouse