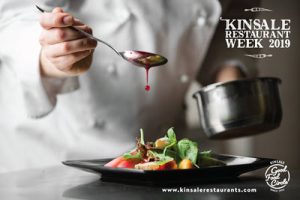 By Lorraine Walsh on February 4, 2020 in Featured News, News

Following the sell out success of their inaugural Kinsale Restaurant Week in 2019, Kinsale has just announced its second-ever Restaurant Week. The Kinsale Good Food Circle Restaurants will offer a Two Course 22 Euro Menu across all its members for seven nights from February 24th to March 1st 2020. Bookings at each restaurant are being directly released by each restaurant from Saturday February 1st. Prestigious Champagne House Veuve Clicquot are signed up for a second year, following their successful partnership with last years festival. A match made in heaven and the ideal start to an evening of great food in Kinsale.

Already home to one of Irelands longest running Food Festivals, crowned Irelands No 1 Foodie Town in 2018 by the Restaurant Association of Ireland, and with a history of culinary excellence and creativity, Kinsale added this hugely successful week long festival last year to its packed Foodie Calendar, to encourage diners to experience the amazing selection of quality and variety that Kinsale has to offer, at a very attractive point, at the beginning of the season. The ethos of the festival is to showcase the very best Irish produce in a creative way by the chefs of Kinsale Good Food Circle.

The Good Food Circle is made up of eleven member restaurants namely, Fishy Fishy, The Bulman, The White Lady, Finns Table, The Blue Haven, Actons Hotel, Jim Edwards, The White House, The Trident Hotel, The Supper Club and The Man Friday.

Kinsale Good Food Circle, which was set up in 1976 with an ethos of a rising tide lifts all boats, now organises four major festivals each year, being the annual Gourmet Festival in October now in its 44rd year, the All Ireland National Chowder Cook Off in April now in its 10th year, Veuve Clicquot Kinsale Restaurant Week in its second year and the hugely successful Kinsale Kids Kitchen takeover last November, which hit the headlines for its focus on education and inspiring the next generation of chefs and foodies. 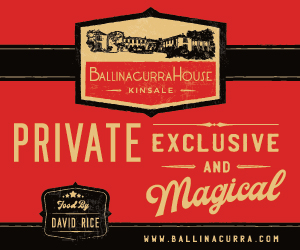 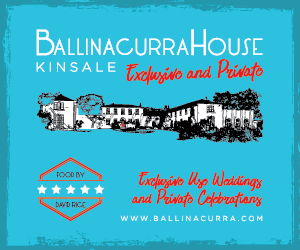