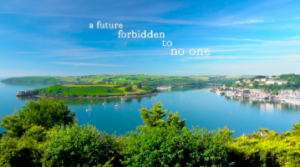 This visualisation of the poem is supported by the Arts Council of Ireland in response to the COVID-19 crisis, with permission of the author and The Gallery Press.

The poem is read by RTE’s Tony O’Donoghue and captures Kinsale looking resplendent in high summer and reflects an optimistic vision of our future.

Kinsale resident Derek Mahon is widely regarded as one of the most talented and innovative Irish poets of the late 20th century. He has received numerous awards including the Irish Academy of Letters Award, the Scott Moncrieff Translation Prize, and Lannan and Guggenheim Fellowships. In recognition of his ‘lifetime’s achievement’ Derek Mahon received the David Cohen Prize for Literature in 2007.

The film is directed and shot by Karla Goodman of Made to Measure Films. An award-winning filmmaker and actor based in Kinsale. It is available to use free on all platforms provided that full acknowledgement is given to the author, filmmaker and The Arts Council.